You are here: Home › No longer a red Hat stockholder
By Ted Roche on July 12, 2019 in Technology

For years, I’ve posted disclaimers when talking about Linux distributions that I owned a “teeny” share of Red Hat stock, mostly to read their annual reports, but also because I was a supporter of Open Source and commercialization of OS. But, sadly, as of Tuesday, I am no longer. IBM has purchased Red Hat, and as part of that deal, bought all of the outstanding stock. So, now I’ll be rolling over my investment to pay for a few months of my retirement. It was a good ride. 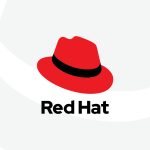 View all posts by Ted Roche →

Please excuse our dust
Spam in Your Calendar? Here’s What To Do