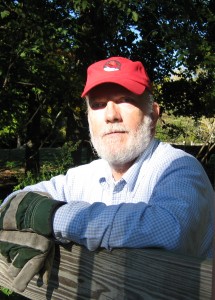 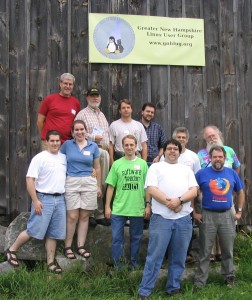 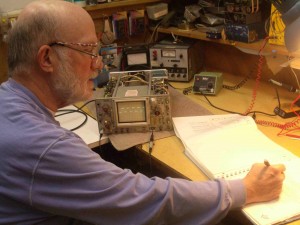 Bill in his shop 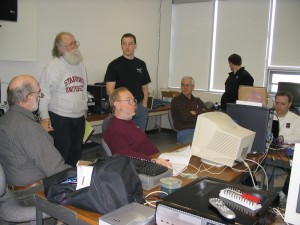 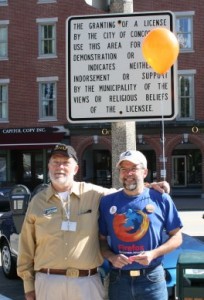 I was sad to hear of the recent passing of my friend Bill Sconce. Bill was an active member of the Greater New Hampshire Linux User Group, the founder of its Python Special Interest Group, and an active advocate for the Free and Open Source Software movements. Bill and Ted had many excellent adventures, hosting Software Freedom Day events in Concord and Nashua, running a LUG booth at LinuxWorld Boston, teaching a LAMP course, along with Bruce Dawson and Dave Berube, at the NHTI’s former Business Center, road trips to the Dartmouth LUG and hanging out together. Bill was a Vietnam-era veteran and a former DEC employee. In addition to his many Linux activities, Bill was an active ham radio operator (N1BFK), an airplane pilot and flying instructor, and a volunteer ballot re-counter for New Hampshire. I will miss Bill. Thoughts are with his wife Janet and their extended family. Rest in Peace.

Bill (William Joseph) Sconce, age 72, Lyndeborough, NH, died on January 5,
2016 at Lahey Hospital in Burlington, MA. The cause was a cerebral
hemorrhage. He was a good man.

Bill was born April 19, 1943 in Indianapolis, IN, and came home to the
House on the Hill in Edinburgh, IN. Bill grew up there with his brother
David, who predeceased him. His parents were Eva Mae and Joseph Byce
Sconce. Bill soon became a proficient Spelunker and surveyor in the caves
of Indiana and Kentucky, and a motorcycle enthusiast. Graduating from
Culver Military Academy, where he earned his Amateur Radio License, he
received a Fulbright scholarship and rode his Norton motorcycle to CalTech
in San Francisco, CA where he studied Physics and worked in a
crystalography laboratory. He was drafted during the Vietnam war protests
at that school and served in Taigu Korea, where he studied IBM Cobol and
the Korean language, and rode a Honda 90 motorcycle in the mountains. He
returned to Louisville, KY and began a long career in computer science and
founded his company Industrial Specialities. He met the love of his life
in Louisville, Janet Levy, and with her encouragement he completed his
dream of becoming a pilot, holding a Commercial, Instrument, and Instructor
license. He continued studies at University of Louisville in linguistics
and computer science. Bill & Janet moved to NH in 1979 for Bill to graduate
from being Symposium Coordinator for DECUS to assume the position of
Product Manager for the RSTS Group at Digital Equipment Corporation. Bill
worked for and was layed off from DEC, Compaq, and Hewlett Packard, at
which point he revived his corporation, named it In Spec, Inc. and divided
his time between software engineering and flight instruction. Bill was a
devoted supporter of GPL and “free” Linux software and the Python
programming language. Bill was a member of the Vintage BMW Motorcycle
Owners, Ltd., the BMW MOVer Motorcycle Club of Vermont, the Contoocook
Valley Radio Club, a life member of the National Speological Society and
the American Radio Relay League. He supported the EAA and was a Regional
Judge for aerobatic competitions for IAC for many years. He loved aviation,
including hot air ballooning and skydiving. He participated in Young
Eagles at Boire Airport in Nashua, NH and enjoyed teaching young people to
fly. He taught spins in his Cessna Aerobat. And he was a Quiet Birdman. He
was a member of the Rex Stout Wolfepack Book Club and The Wodehouse
Society. Bill loved theatre, classical and rock music, and especially
lately, attending Dr. David Landman’s Poetry Nights of medieval poetry in
Lexington, MA.

He loved fixing things and if there were no parts available for a project
he promptly made them himself on his metal lathe, or just used his
ingenuity to create something needed.

Bill is survived by his wife, Janet Levy Sconce, his sister-in-law, June
Levy and her family, and many dear friends. Bill was a kind and loving
“daddy” to Virgil Fox and RDB, the cats of his home. Thanks to “The
Committee” and especially Donna Shea, Chris Levin, Ken Hamel, Donna
Giovannini, Tom Steger, Michelle Donovan, Simon Hutchings, John & Cathy
Gubernat and the surgeons, doctors, and nurses at Lahey Hospital. The
family is grateful to all of his many friends who offered support and love.

Due to unprecedented call volume, you may experience significant delays.
“I Feel The Earth Move…”