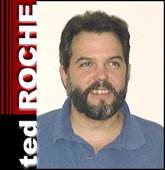 An independent consultant specializing in web site development and database-centric software development, co-author of 4 books, contributor/editor to another six. Work web is http://www.tedroche.com .

Senior Member of the Association of Computing Machinery, Member,  Electronic Frontier Foundation, American Civil Liberties Union and many other organizations.

1995-2000: Worked at Blackstone Data Systems, who also managed to tank during the dot-com bomb. A great group, a great learning experience.

1992-1995: A brief employment at Brickstone Square in Andover, MA., followed by independent consulting, including Kronos and New England Computer Sales (NECX, since purchased by VerticalNet).

1989-1992: Software Developer for AINetwork and New Hampshire Insurance, part of AIG. Worked on a mailing label system for tracking attendees to the golf tourney that eventually turned into the most powerful and accurate P&L in the entire company. Scope creep. PCs and Fox had a tendency to do that kind of thing. Eventually wrote the report that proved the company would never make money, and they closed. Sure hope I was right. I was among the hundreds laid off.

Bachelor of Arts in Mathematics, 1984, from the Regent’s Program of the University of the State of New York, renamed Regent’s College and now Excelsior College. Associate of Arts degree in Liberal Arts and Sciences from Mohegan Community College, now Three Rivers Community College Norwich, Connecticut. Both degrees earned while serving in the U.S. Navy full-time. 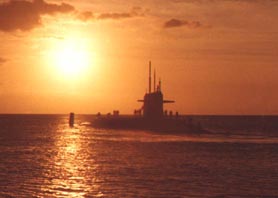